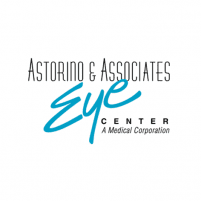 A cataract is a cloudy area in the lens of the eye. Normally, our lens are clear and able to focus light into the eye with no problems. When we develop cataracts, some of this light becomes blocked or scattered. As the cataracts develop, it becomes harder for us to see.

Most people with cataracts have them in both eyes. Frequently, though, one eye may be more advanced than the other because each cataract develops at a different pace.

Cataracts are a normal part of aging. About half of Americans between the ages of 65 and 75 have cataracts while those of us over 75 are almost 90 percent certain to develop the condition.

Along the coastal areas of Newport Beach, Corona del Mar, Huntington Beach – and other beach areas, the incidence of cataracts tends to run a bit above the national average due to the never-ending effects of the Sun’s UV rays and the reality that a larger percentage of the population is further along in years.

As a general rule, you may be developing cataracts if you have problems with glare from lamps, sun, or reflections of light. Also – you may notice changes in how colors appear – as well as foggy vision, fuzzy vision, or vision that has become cloudy and filmy. In some cases, cataract patients experience double vision and also find that their eye prescription is changing frequently.

Cataracts are usually spotted during routine eye exams by our eye care professionals. Your pupils are dilated and then a bright light is used to examine the lens. Other tests such as glare tests, contrast sensitivity test, and vision tests may be used to help confirm the diagnosis.

Cataracts are ultimately treated surgically – by removing the lens and replacing them with implant lens. Functionally, this is a lot like contact lens – except permanent. Surgery isn’t always the first thing to do, however. Often a change in your glasses may be treatment enough.